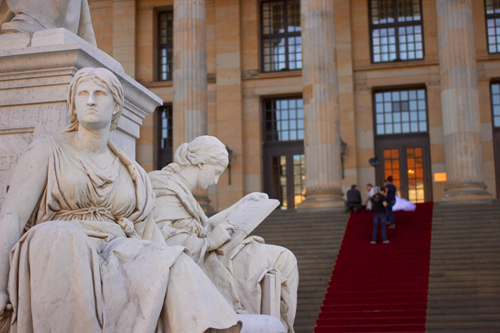 I’ve just returned from an eight day trip wherein I was wholly surrounded by women.

Hence the blog silence and the anemia.

Mind you, I did have the briefest of contact with men – there was the barista who sprinkled nutmeg on the foam of my morning chai and the fiancé of one of my new clients who supported the two of us in lifting the heavy boxes and the two “handy” men who unclogged toilets at our venue, but that was it really.

This complete female immersion has found me thinking about women very deeply – my relationship to them, my angst around them, how I show up in the world as a woman and how I see other women show up. I’m pondering vulnerability, strength and transparency. I’m wondering why I’ve been bleeding for 16 days and if it’s because I feel the need to cycle with every. single. woman around me until the end of time.

I’m sitting in a coffee shop as I write this and watching two female friends embrace and say their goodbyes – they’re not back patting, they’re actually breathing, heart to heart, into the hug. Another group of women sit at a table nearby bouncing little man infants on their knees while they frantically attempt to connect – to say just a few words over the baby babble, to feel the feminine. I imagine they don’t see it that way. They may just be talking about sore nipples and the removal of skid marks from their husband’s skivvies, but it’s connecting with the feminine that they’re doing, whether they realize it or not.

Four days of this eight day dive into the feminine were spent at Mayacamas Ranch where we rented a mountain near Calistoga to take 35 women on a Vision Quest.  As the “handy” men steered quite clear, I was forced to sit amongst this sisterhood and deal with my fears, my past hurts where women were concerned, my jealousy and my comparison tendencies. I don’t know about every other woman’s experience, I only know mine, and I won’t share any of the details of this sacred time because I feel called to hold the container tight. But I will share what’s come up for me and tell you that my perception has been forever changed.

I have uttered these words in my life.

“Most of my friends are men.”

“Women are mean and catty.”

“I don’t trust ‘her’ around my boyfriend.”

And… you know what? Some of these things have been true for me at different times in my life. I have had girlfriends try to hook up with my boyfriends. I have been hurt more deeply in relationship to women than I have to men. I have experienced women who are mean, catty, and jealous and who didn’t particularly wish me well. And… admittedly, I’ve been guilty of those things as well.

I have spent many a decade comparing myself to other women, as well. “Oh, look at her, she’s amazing.” “See that girl? What a great ass, I wish mine looked like that.” “Wow, my cheekbones aren’t nearly as defined as hers.” “Look at her… she doesn’t look like a boy when she turns sideways.” “And her… she’s published her novel.” “What about that one, she’s beautiful, inside and out, how can my boyfriend not notice that?” Look at her… she’s (fill in the blank).” No where on earth has this been more egregious than on beaches everywhere during swimsuit season.

None of this is to say that I don’t appreciate women and what they bring to the world. I have actually prided myself on my wont to lift the women around me up. I compliment girls and women, to their faces and to others. I call out their beauty, inside or out. I really do want other women to succeed. I want equal pay. I steer clear of another woman’s man.

However, I think most of my life has been spent in comparison with them – in thinking that I’m somehow lacking because of their brilliance; that my core is diminished when I stand beside them.

Sadly, my story is that most of my relationships with women have consisted of my giving until depleted and not feeling particularly supported and replenished.  I think you know of what I speak – the friends who call to talk about their dysfunctional relationship for three hours. Again. And at the end of the conversation, right before they need to hang up, say, “Oh, and how are you?” And then there are the women in my life who haven’t wished me well, who didn’t want me to get the promotion, who got me fired because I was climbing the corporate ladder too quickly, or who tried to hook up with “my” guy.

We women have every reason to be wary of each other, but, oh, how I long for that not to be the case. I see a world where we lift each other up, where we refuse to engage inappropriately with each other’s partners, where we support, honor and nurture each other and meet up in red tents, and where our allegiance lies with each other – friends, sisters, maidens, mothers and crones.

I had that experience during those four days in Calistoga with forty-one beautiful women from all over the world so I do know it’s possible. The brighter the woman next to me shined, the more I wanted her to shine and was able to access the shine within myself. The more deeply vulnerable the woman sitting in circle was, the more I loved her and the more I allowed myself to be vulnerable. The more authentically a female spoke her truth, the more connected I felt with her and the more courage I received to tell my own.

And when a woman bled, I bled beside her. In more ways than one.