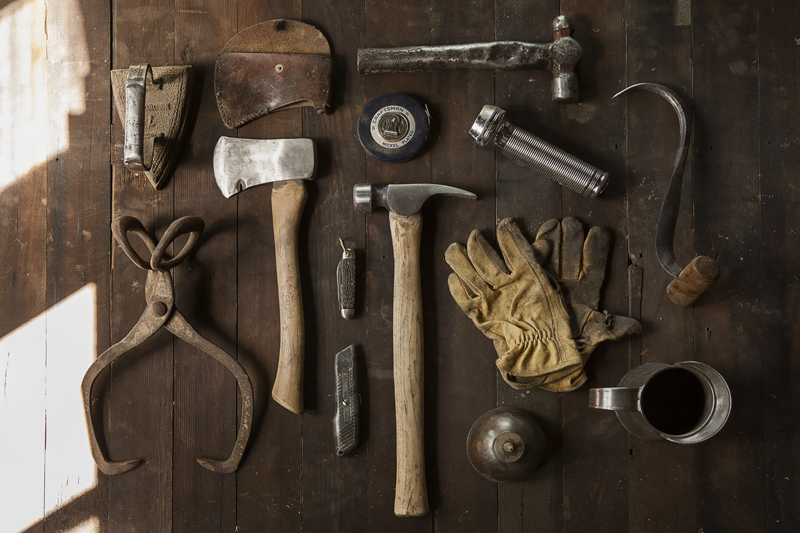 I don’t mean to date myself or anything, but back in the day “gig” was a term used by my musician friends who were playing a Saturday night show downtown at a little bar I know called Drink Beam ‘Til You Puke. (Ahem… *coughs*)

There’s a whole lot of hoopla surrounding the word “gig” nowadays, and especially around the concept of the Gig Economy.

Do a quick Google search and you’ll find millions of articles about it. Politicians are flying in experts to talk about it as they gear up for elections. Money mags are writing about it. Labor leaders are worried that the gig economy “threatens to undermine the very foundation upon which middle-class America was built.” Well…to quote Clark W. Griswold, “Hallelujah, holy shit… Where’s the Tylenol.” The middle-class is already in cousin Eddie’s proverbial shitter, isn’t it, folks?

Suffice it to say, the word “gig” means a whole lot more than hangovers, hot pho and lost bras. (*who? me?*)

What Exactly is the Gig Economy?

But, according to Google, there’s another definition: “A job, especially one that is temporary or that has an uncertain future.”

As a Visionary Business Coach I suppose you could say that I help folks move from the crumbling middle-class to set up shop in the gig economy and to live a work-life that curls their ever-lovin’ toes.

I myself have been part of the gig economy since 2003. And… I’ve had my fair share of scary worst-case scenario moments as I’ve waited for new gigs to show up. I’ve imagined myself “living in a van down by the river” and “eating a steady diet of government cheese.”  I’ve panicked and freaked out, and even considered one of those tiny houses that are all the rage at the moment. (That is, until I looked at my beloved bookcases, and slapped my own self with my first American edition of Animal Farm.)

I’ve come to realize that it doesn’t have to be so scary, even through the ebbs and flows, and ups and downs. Because here’s the thing… none of my corporate jobs lasted forever. Even when I thought I had a certain future, it was a myth. Life is chaotic and ever-changing. There are no guarantees.

How Can You Be Part of the Gig Economy?

In Thoreau’s words: “Do what you love. Know your own bone; gnaw at it, bury it, unearth it, and gnaw it still.” Then create a gig or two or three out of it. You can even make gig soup.

What say you? What gigs might you offer up in the world? And, if you’re already neck-deep in the Gig Economy, how’s it going? Have you considered any gigs within your gig? 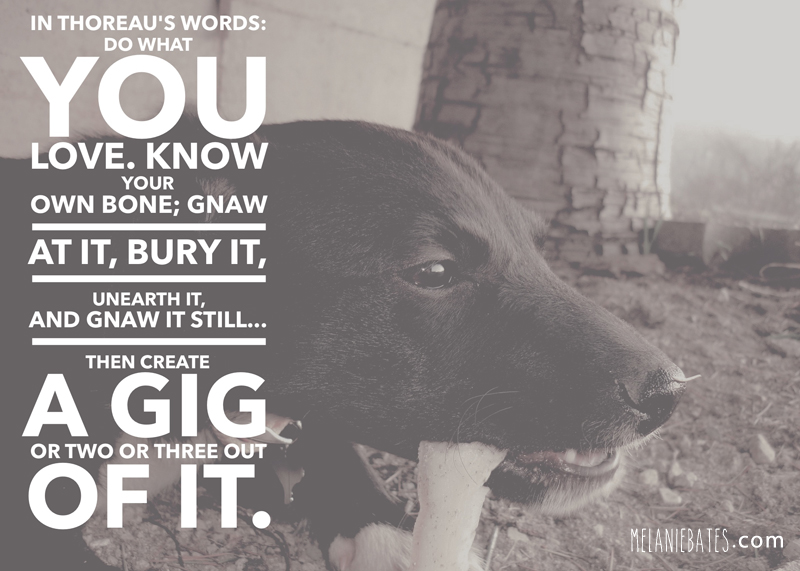