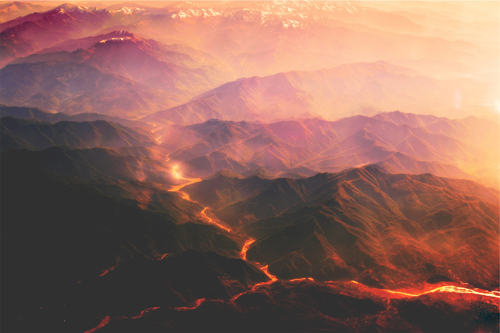 This isn’t over. Me and this… menopause… perimenopause… just o’ pause.

I just went to the grocery store and, while standing over the pre-baked lemon-herbed chickens, I had this overwhelming urge to rip my Rock & Republic jeans off. Like right in the front of the chubby-cheeked children still in their church clothes begging their mom’s for peanut M&Ms. I didn’t care who would see my junk. My knees were sweating. My moles were sweating. My right toenail was sweating.

Before I got naked, I quickly traversed to the Ben n Jerry’s section and stuck my head in the cooler pretending to search for a tub of Chunky Monkey. Not sure I fooled anyone, no one takes sixteen minutes to search for ice cream do they?

And… just like that… it was over. I went about my shopping, loaded the groceries into my car, strapped the Kr8z into his puppy car seat, and hit the road. At the second stoplight I felt the flames fanning again. I pulled over and stripped down to my tank top and turned on the A/C despite the 30 degree temps outside.

I haven’t slept straight through the night for almost three weeks.

How many years does this last? For the love of God…

I want to thank everyone, beyond oodles, for all the amazing advice and sage wisdom they gave me on my last post.

I have to say though that I feel as if there’s something bigger going on here with this spontaneous combustion; something deeper.

Last week on Facebook someone told me that they consider their hot flashes to be “power surges.” I thought it was an interesting take, but didn’t delve further into it at the time. The next day I was talking with my dear friend Lissa about my work and how I feel as if I’m coming into my power.

And then it hit me.

While I am indeed feeling as if I’m coming into a power I’ve never really known, I’m not fully stepping into it yet. Rather I’m skirting around the edges of it. It’s sort of like cleaning the toilet right after you get out of the shower. I don’t know about you, but I clean the toilet with a lot less abandon when I’m freshly clean. Perhaps therein lies the problem – comparing my power to a dirty shitter. I dunno.

But that got me to thinking. Do I really need medication at all? Maybe Suzanne Somers can keep her yams. Maybe the flaxseed can sit on the shelf like all the other health food I’ve purchased over the years and never consumed. Maybe I don’t have to undress at the grocery store, or in my car, or at the fancy restaurant over homemade Blue Cheese chips. Maybe, just maybe, the key lies in owning the power that’s trying to surge through me.

Seriously though, I’d love to hear your thoughts on what it really means to own your power, to step into it. What if hot flashes are just that – denial of the power trying to surge through us? It’s interesting to ponder, no? We’re traipsing into an unknown world as we reach this stage of life, there’s an erupting volcano within us, literally. How do we navigate, and what are the underlying emotions that come with this new journey? There’s fear there too, I know, I’ve even had to stop watching Backdraft.