Blog
You are here: Home1 / Blog2 / Uncategorized3 / Is Honesty the Best Policy in New Relationships? 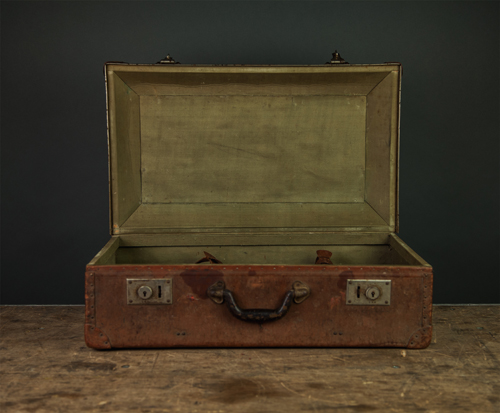 If you’ve ever been in a relationship that has ended you’ve probably heard the infamous words, “It’s not you, it’s me.” Most folks think this phrase is bullshit.  I wholeheartedly disagree. In fact, I would say that 95% of the time truer words have never been uttered.

I am here to shed some light, speak my truth, and set the record straight.  When I say, “it’s not you, it’s me” I mean it from the depths of my ever-lasting soul.

Johnny Depp himself could ring my doorbell tomorrow in all his dripping juiciness and I’d have to tell him that I’m not ready to date.  It has nothing to do with his artistry, his gorgeousness, his sense of style, his sensitive side, or his sexy.  It has to do with the fact that, I, Melanie Bates, am in no position physically, mentally, emotionally, or spiritually, to give of myself to another human being in a relationship… let alone having dinner, a drink and some small talk.

All this rumbled to the surface for me a month or so ago when a fabulous man asked me out.  This guy is charming, interesting, has his shit together, and lives a life full of zest, but despite all of these great qualities; and despite the amazing invitations wherein he invites me to do wonderful things I just can’t get myself up off my mattress and into the shower to join him, anywhere, at any time.  I had considered talking to him about this, you know, just tell him my truth: “it’s not you, it’s me” and I realized that he probably wouldn’t believe it, no matter how true it is, because no one seems to believe it.  It’s become the biggest cliché in the dating/relationship world.

How are you supposed to speak your truth then? Especially when you don’t know the person well enough to confess that instead of going out amongst people into the world you’d rather lay in bed with a bag of Lays Sour Cream & Onion potato chips and watch Schindler’s List for the fourth time this week, just for a good cry. How do you tell someone you’ve barely gotten to know that all you crave, aside from the potato chips, is to be alone in your purple pajamas and how your soul is pleading to do absolutely nothing?  While honesty may be the best policy in new relationships there is something to be said for restraint and for not throwing all your emotional garbage at people.  How do you get someone to understand that it REALLY IS you.  How do you get them to grasp that is has nothing to do with the wonderful person they are, or the spark of life that you see within them.

I’m running out of legitimate excuses for all of the “no’s” I’ve been inclined to give recently.  My resolve is waning to not just splay myself (baggage and all) at his feet so that he might truly understand…  It’s not him.  It’s me. I’m gonna go lie down now but perhaps he’ll call me next year, when I am ready.

The 4 Commandments of Launching a Program

How to Date That Elusive Man

How to Write
0 replies

Beauty 1001: Satin Finish or The Real Me?
Scroll to top
This website uses cookies to improve your experience. I'll assume you're ok with this, but you can opt-out if you wish. Accept Privacy Policy