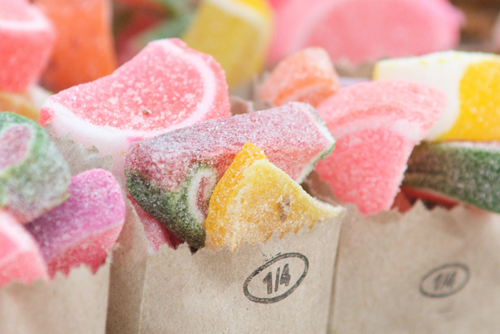 Well I went and did it.  For those who read my Hysterectomy? Or No? blog, I said, “yes, please,” and went under the knife on April 10th. I’m in love with my surgeon, he did an amazing job. Apparently, because of my Stage IV endometriosis, he spent a fair amount of time chiseling what he described as a “brick” out of my lower back.  I don’t know the medical term, but I haven’t had a single instance of the sciatica or the lower back pain that had been plaguing me for years. Phew! My very basic understanding, for those of you who don’t know (I certainly didn’t), is that new endometriosis is soft, pliable and often red, “middle-aged” endometriosis is more the color of chocolate and acts like super-glue which can bind shit together (literally), and “crone” endometriosis can “calcify” into a brick. Obviously, I’m not a doc and when I was listening to my surgeon describe this I was higher than an old redwood in Muir Woods so I may not have all the medical terminology down.

I’ve been recovering nicely. I spent some time counting the invisible bugs on my skin while popping Percocet, listening to Joseph Campbell’s Mythos video series and eating Jell-O. Ya know, healing kind of stuff. I’ve also been experiencing hot flashes. All. Day. Long. Oh, and at night, I wake up and my bed has been mysteriously transported into the fiery depths of Hades and even my knuckles are covered in a sheen of sweat. I’ve also lost half the hair on my head, luckily I have a lot so I’m not bald. Yet.

Before the surgery my doc gave me cleansing orders by way of a little product called GoLYTELY. Without going into too much detail, let me just say that this is the most misguided name of a product that I have ever heard in the history of products. It’s even more misleading than Grape Nuts® which contain no grapes or nuts or Bac’n Bits® which contain zero bacon.  GoHEAVILY… GoUNTILtheENDofTIME… GoUNTILyouHAVEnothingLEFTtoGIVE – those are more apt names.  Just sayin’. After my bowels were so sparkling clean that you could eat off of them, I went in for my surgery. I cried, I contemplated my mortality, I fussed with my compression socks, I talked about the weather with my anestiseoligist in a drafty hallway and then I remember notta until I received my first meal.

As you may remember from my Ode to Sugar post, I had been on a functional doctor-ordered diet of cray-cray: no sugar, no gluten, no dairy, no eggs, no fun. I had advised the hospital pre-surgery about the restrictions and when they placed my first meal before me I was confused.  There were three items: apple juice, orange Italian ice, and strawberry Jell-O.  The apple juice was fine, no sugar there, aside from what’s in the fruit, but the icy thingie and the Jell-O both listed sugar as their second ingredient on the labels.  Hmmm… I may have been on morphine, but I could still read. My next meal looked the same. And my next after that.  Even when I was switched to soft foods, they continued to give me the Italian ice full of sugar.

Here’s the thing many of you already know about me, I have absolutely no moderation censor in my body. It had taken months to wean me off of sugar and here it was before me, glistening, beckoning, and I ate all of it, every single time. Plus I was “sick” and felt I deserved a treat. I had been hoping to stay clean for at least for a week or two, but alas.

And now that I’ve started on the white stuff, I just can’t seem to say no. When I do claw my way through a day without some kind of glaringly obvious sweet stuff, I’m eating potato chips, crackers and bread which, let me shoot straight here, act just like sugar on the glycemic index chart so they’re just as bad.

The more I learn about the little white devil, the more I realize that it’s everywhere. EVERYWHERE – even so called “health food” sold at grocery stores nowadays, which boasts “All Natural”, “Gluten-Free”, Non-GMO; even foods that are chock full of quinoa, buckwheat and flax seed, still contain the little white devil. Despite the fact that it takes me four hours to shop, I’ve started reading labels and learning some of the hidden names for sugar: sucrose, fructose, glucose, lactose, dextrose, just to name a few, and cane, maltodextrin, corn syrup, and diatase. Frankly, I can’t even keep track. Just believe me when I say it’s everywhere. That yogurt you’re eating, yup. That soup you’re slurping, yup. You’re not gonna believe this one… that Stevia in the Raw® you just dumped in your coffee… contains dextrose.  Yup, there’s sugar in your sugar alternative.

I’ve heard some rave reviews of the documentary Fed Up (trailer clip below) and I can’t wait to see it, but in the interim, I’m going to prolly just have to go through withdrawals once again. I’m going to have to start  using bananas in lieu of the white stuff. I’m gonna have to spend even longer amounts of time in the grocery store reading labels and purchasing my groceries on the outer periphery of the store. And… I’m going to have to spend more time cooking my own meals with ingredients that don’t come in a box, jar or can.

I’d love to hear your personal story around the white stuff.  Are you as addicted as I am? Do you read labels? Cook at home? Or is this info new to you too?

The Sucker Punch of Anxiety, Depression & PTSD
Scroll to top
This website uses cookies to improve your experience. I'll assume you're ok with this, but you can opt-out if you wish. Accept Privacy Policy