Blog
You are here: Home1 / Blog2 / Uncategorized3 / Hysterectomy? Or No? 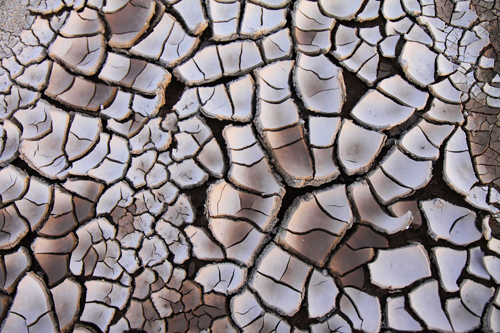 Bright and early Monday morn, I head to the doctor to discuss my proposed total hysterectomy. The doctor wants to talk with me to find out if he will tackle the procedure or, due to my case history, pass it along to another surgeon. I guess it’s a hot mess up in there and he’s not so sure he wants to don his scrubs.

As my long time readers know I’ve suffered from Stage IV endometriosis since before my breasts really came to be (truth be told I’m still waiting for them to fully show up, but alas…) I won’t get into the gory details of my dis-ease, but I’ve written about it at length here and here. I will say that I’ve already had three surgeries due to this beast and all that remains of my reproductive organs is a lone ovary that’s been trying to pull my hormonal load, uphill both ways and in five feet of snow, for about ten years now. Surely it must be tired.

A recent ultrasound has revealed that I have more cysts, and a build up of what is likely scar tissue, and I’ve had bouts of bleeding for weeks at a time as of late. The continuous bleeding wouldn’t be such a deal breaker if the word ALERT hadn’t shown up next to my anemia lab results. I’ve been taking iron and bio-identical progesterone, but if my levels don’t increase substantially before the surgery I’ll need to get an iron infusion beforehand.

But… this isn’t the half of it.  During every cycle I have the added bonus of waking up on random mornings looking, and feeling, like Quasimodo after a night of too much revelry at the Feast of Fools. It’s wholly perplexing to me, but right around that “time of the month” I will find myself unable to move an arm because my shoulder joint is so inflamed, or it will just be a finger which won’t straighten so that my hand ends up looking like a crow’s claw, or one of my wrists will act up and I won’t have use of my hand at all. For days. For a week. Sometimes more than one joint at a time. The pain is fucking Crazy Town and, apparently, I’m the mayor.

I alluded to what’s been up with me in my blog: An Ode to Sugar (from an Addict) wherein I discussed the fact that I had cut the white stuff out of my life. The real deal is that I’m working with a team of Functional Medicine docs for the next six to eight months to help me in managing the four auto-immune diseases I’ve got going on:  Endometriosis, Hashimotos Hypothyroidism, what is presenting as arthritis, and another one that’s attacking my brain which I don’t know much about. (I wrote about my thyroidectomy and Hashimotos in my blog: Is Your Inner Critic an Asshole?) The gist of it is that I’m on an Anti-Inflammatory diet from hell and working to manage my flare-ups by watching my diet and taking supplements. I’ve gotten real close with quinoa, millet and turkey bacon.

Suffice it to say, I believe that my Functional medicine team thinks that the hysterectomy might help improve my quality of life and have a positive effect on some of these other conditions. My OB/GYN also thinks it’s time to get rid of the whole lot. If I had no other gauge but the look on her face as she read my past three surgery reports that would have been enough, but add to that the fact that the surgeon isn’t even sure he wants to tackle the case and I’ve got “proof” for days that I need to do something. We did discuss ablation (think mushroom cloud of annihilation in my womb), but as I consulted my best friend Google for case studies I found that endometrial ablation was often a failure and that, “women aged 45 years or younger were 2.1 times more likely to have hysterectomy. Hysterectomy risk increased with each decreasing stratum of age and exceeded 40% in women aged 40 years or younger.”  Yeah, not so much. I don’t want another failed surgery which leads to a hysterectomy anyway, thanks.

We also discussed Lupron, but I was very adamant about the fact that I didn’t want to gain forty pounds and commit suicide.

My boyfriend and my family are on board as well. They tell me that they wished I would have had a hysterectomy years ago as the endo had made me infertile anyway, but the benefits of my own hormones stopped my doctors from performing it. (Well, there was also the doc who suggested that I get pregnant, breastfeed, get pregnant, breastfeed, ad infinitum, but he was from Utah.) I actually asked for one during my third surgery, but there were complications. My mother also suffered from endo and after her hysterectomy at forty she felt amazing.

I’m on board. At times I actually feel excited to be done with the whole thing and I imagine myself wearing white pants every day and prancing through a field of yellow tulips with So-Kr8z nipping at my heels.  At other times I spend a little too much time with Google and end up terrified that it could ruin my health which, to be frank, isn’t all daisies and roses at the moment. There are so many women on the web sharing their stories of hysterectomy and the flowers they’re running through have wilted for sure.  Many women are worse off than they were before. Their endo clears up for eight weeks to a year and then comes back.  Others, who also suffer from arthritic flare-ups around their menses, have a worsening of joint pain after their hysterectomy. The dreadful reviews go on and on. And on…

Most days I don’t know whether to “scratch my watch or wind my butt.” I’m honestly so torn and I have so many questions:

Dear sisters, if you’ve had a hysterectomy (or know of someone who has) will you please share your stories with me – the good, the bad and the ugly?  I’d really love to hear from you as I tap in to make this decision. And if you have any experience with any of my questions, please let me know that too. I’d be supremely grateful.

How to Write
11 replies