Blog
You are here: Home1 / Blog2 / Uncategorized3 / We’re ALL Crazy 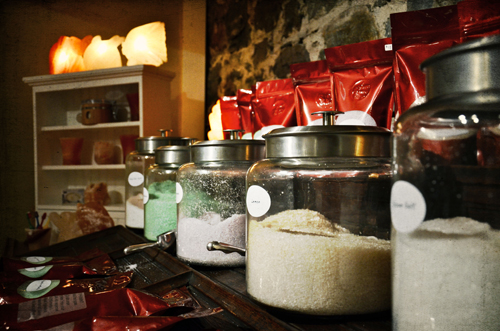 I have a lot of theories floating around inside this noggin of mine. None of them are backed up by scientific evidence, at least to my knowledge, but they’re hypotheses that I ponder over when I’m plucking my eyebrows or scrubbing last night’s lasagna pan. Some are about how Mat Foley was the best  motivational speaker in history and others are about the percentage of probability of my ever being able to log on to the Obamacare website, despite how much I want to. I also have this one that has been brewing for a good fifteen years.

Hyphothesis: I think we all suffer from a mental illness to varying degrees.

Wait. Hear me out.

I posit that we all have dabs, sprinkles or dashes of numerous mental illnesses. Remember when Gary Larson of The Far Side fame drew the cartoon wherein God sprinkled “Jerks” into the big ol’ soup pot of humanity? I believe there was also a canister of cray-cray added to said pot. And, if you know anything about making soup, you know that the longer it cooks the more each ingredient takes on the flavor of the spices. So… therefore, we’re all a bit whack.

The DSM-5000, or whatever number they’re up to nowadays, classifies mental disorders and has a whole slew of explanations on the signs and symptoms of mental illness. The key, however, lies in figuring out how much a condition affects your life. For example, let’s say you have a dab of Obsessive Compulsive Personality Disorder, which I do.  Does my OCD not allow me to function in society, does it, say, affect me to such a degree that I’m unable to perform daily tasks, or work, or live? If it did affect me with a certain degree of severity each day, and I was unable to function in my day-to-day life, I would be smacked on the forehead with a black stamp of OCD.

But, I just told you I suffer from a smidge of OCD, right? It’s not a huge disruption to my life, rather I’m like that dude in Sleeping with the Enemy in that all my soup labels face the same direction and are stored according to their contents. By no means would I place the Cream of Celery in the vicinity of the Vegetable Beef.  Are you fucking kidding me?  I also check my stove burners every night before I go to sleep. Three or four times. And I count while I’m doing it, “1 Off, 2 Off, 3 Off, 4 Off.” Yep, I said it. I count my damned stove burners as I attempt to turn them off (even more tightly than they’re already off – bending the plastic knobs almost to the breaking point) and I repeat this sequence a number of times.  If I get distracted by thinking “You crazy fuck, just go to bed” I have to start over.  And that’s it. That’s the extent of my OCD (well, except that I also use a straight-edge and level when placing things on my work space.)  See what I mean by a dab of a mental illness? A sprinkle of “crazy?” Like I simmered in the soup pot of humanity for too long?

I’ve also suffered from depression during a bout of undiagnosed physical illness. I had been feeling sick for years and I had gone from doctor to doctor to doctor and had test after test after test, but they just couldn’t figure out why my stomach was producing enough acid to clean the seaweed off the remains of the Titanic. I was sleeping for hours, showering once every four or five days when the smell was more than even I could take, and was just generally lethargic. My last visit to an M.D. resulted in a prescription for anti-depressants and I went home so angry I couldn’t see straight. Not because I didn’t agree that I was depressed, if you’re sick for two fucking years it tends to happen, but because that was the last ditch effort to cover my symptoms, ignore the root cause and leave me with no answers as to what was wrong.

I have a sneaking suspicion that I also have a dash of Body Dysmorphic Disorder or maybe Anorexia Nervosa, in that, when I weighed 107 I looked in the mirror and saw 130 and now that I weigh 130 I look in the mirror and see 170. To boot, when I hold my medium-sized Victoria Secret panties up they look Extra-Large to me. This doesn’t affect me to any severe degree as I still eat a bag of Almond Joy pieces every night before bed and have never been into purging, except after copious amounts of Stoli O, Goldschlagger, Beam and Jäger.

And… anxiety – forget about it. There was one point in my life where I couldn’t walk into the crowded bar I worked at and manage all the energy without six mind eraser shots.  Oh, and the blessed insomnia… every few years I spend a couple nights staring at the clock as I mind-fuck some situation that’s been vexing me.

And we all have these dabs and sprinkles of one thing or another. This renewed interest sprung up when I read Harris O’Malley’s article in the Huffington Post “On Labeling Women ‘Crazy’.” Women have been labeled hysterical for hundreds of years, maybe thousands, but I posit that we ALL suffer from crazy, here or there. Men too. I haven’t dated a single guy who doesn’t have his own infused bit o’ nuts – and not the ones dangling between his thighs, either. Being human is so complex and life is so full of experiences that are tough to handle. I always wondered, when someone I’ve known has lost someone they love, why they’re prescribed anti-depressants or sleeping pills. Someone they loved just fucking died. Are we not allowed to feel it, to move through that range of emotions that comes with loss? But, that’s a blog for another time.

Why do we view our morsels of “crazy” in such a negative light? Why is it called “crazy” in the first place and why the negative connotation? Define normal for me. Really, I’m serious. Define normal. I’m not particularly satisfied with Merriam Webster’s definition of “conforming to a type…”  Conforming? Ick.  My tinge of OCD has brought great benefits to my life, I’m super organized and able to bring order to loads of chaos (and I’ve never had a fire in my home, even though the boyfriend has left the stove burners on three or four times since we’ve started dating.) When I worked at a mental health agency for seven years I thought about this a lot. Sometimes, in fact, I thought that the mentally ill people I worked with might just be more “normal” than “we” are, as if the veil was thinner for  them.  On my very first day on that job I met with a schizophrenic woman, we’ll call her Pam, who sat down at the gray-specked Formica table in front of me, her Marlboro Reds pack dangling out of her front jacket pocket, and told me she was Pocahontas, only to insist, twelve minutes later, that I call her Bill.  While it scared the shit out of me at the time because I didn’t know how to react, I drove home later that day thinking… Hmmm, I wonder if she’s remembering past lives or if she’s in touch with the collective consciousness of all of us, like she’s all those people at once in a place where time in an illusion.

I’m not here to discount the severe suffering that many people experience due to mental illness. Rather, I’m here to own and appreciate every emotional and crazy part of me. I adore that I cry at the end of Love Actually. Every. Single. Time. I’d rather have five minutes of feeling every range of emotion, than to walk through a lifetime without that sensitivity to the beauty of life. I LOVE my ability to bring order to chaos. I appreciate that my bouts of depression allowed me to hunker down and hibernate and get clear about an area of my life that was supremely dissatisfying.  I could do without the dysmorphia, but perhaps I just haven’t looked hard enough for its gift and I need to buy different panties. Plus, my desk looks fabulous. 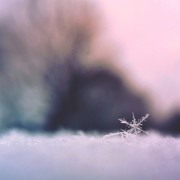 Dear Women, Enough with the “I’m Sorry”
Scroll to top
This website uses cookies to improve your experience. I'll assume you're ok with this, but you can opt-out if you wish. Accept Privacy Policy
Necessary Always Enabled