Blog
You are here: Home1 / Blog2 / Uncategorized3 / Facebook: It’s Been Three Minutes Since My Last Confession 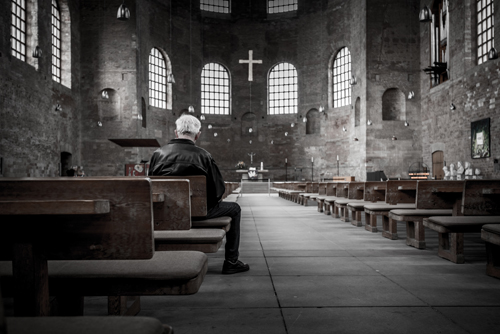 (Note:  To my more, perhaps, delicate or easily queasy readers you may want to skip this one as it is quite graphic – although therein lies the point.)

Social Networking?  Really?  Or is it just too much information?  I wholeheartedly admit that I am as addicted as the next guy.  Every morning, after grabbing my cup of coffee and my first cigarette of the day, I log in to Facebook and proceed to spend the next hour or so reading comments, watching funny video clips, wishing people happy birthday, and just moseying around.  At night, while I’m in bed watching re-runs of L.A. Ink and puffing on my last cigarette of the day, I catch up on my Tweets.  More and more often lately as I’m reading status updates I am utterly shocked, mid-drag, over what is shared.

Does social decorum not exist in social networking?  There are certain things that I just don’t want to know.  I definitely do not want to read that, “while douching a pungent odor came wafting out.  What could be wrong?”  I don’t know!  But book the appointment now.  Don’t bother with logging out of Facebook.  You don’t have time.  Leave that survey “What Kind of Pus-Filled Boil Are You?” undone.  It will still be there when you come home with that prescription cream and a healthy round of antibiotics.

There are other things I don’t want to know.  If you have massive menstrual cramps, hey, I’m really sorry to hear that, I feel you.  But I don’t want to know about your weighted flow, and I also don’t know what Maxi-Pads would be best for you. If you don’t want to ask your gynecologist then ask your mother. Is there nothing too personal, too private?  If your bowel movement is really choppy one morning and it reminded you of balls shooting out at the batting cage, hold on to that little nugget of information.  Keep it held tightly to yourself.

Here’s the other thing.  I don’t want to hear about the intimate details of your break-up either.  If your husband wouldn’t play Parcheesi on Monopoly night and you’ve left him for being such an insensitive prick you can forgo sharing that little gem as well.  If you’ve left your wife because she didn’t perform your required number of blow jobs I don’t want to read about that either.

Would you share these things at a dinner party?  Maybe you would, but work with me here.  Imagine that you’re sitting around a large dining room table set to the nines.  There’s an aromatic Pinot Noir flowing and a juicy pork tenderloin in front of you.  A group of close friends and some acquaintances line the table.  Are you going to announce that you’ve left your wife because you wanted two blow jobs a week and you were lucky to get one a month and that one a month was shoddy at best?   I don’t think so and I, for one, don’t want to hear the he said/she said, or the drama, or what an asshole your ex is.  I don’t believe I’m alone in this regard.

Perhaps it’s that people typically spend their time perusing and sharing on Facebook when they’re alone.  Maybe they view Facebook as a sort of Catholic confessional and they don’t see their audience on the other side of the screen.  I am not your Priest.  I’m here to point out that there is an audience, namely me, and I’ve never donned the robes.  My really close friends have passes to tell me the most intimate details of their lives via the phone, in person, even on Facebook (but in a private message.)  It may be things I don’t want to hear, it may be too much information, but I can tell a close friend “Dude, I don’t wanna hear that,” or “Gross, stop it.”  It’s much more difficult to chide your acquaintances in a social forum.

This information overload begs the question: What’s next?  A second-by-second head cam linked to an RSS feed so that we can actually see the grotesque bodily functions you’re yapping about?  Smell-o-Vision, for when you can’t quite explain that sulphurous odor.  We’ve gone beyond the information super-highway.  We’re reached bottleneck conditions in the  “Cross Bronx”.  As of a few days ago Facebook itself began further “feeding” the problem, no pun intended.  If we felt there was any information lacking whatsoever we can now be assured that we will know who became friends with whom, or who joined what group, every second of every day.

Frankly I miss the days of a bit of mystery, I miss the days of social decorum, I miss the days of actual voice on voice contact, I especially miss the hand-written letter.  I received 54 birthday greetings on Facebook, a couple of Tweets, and a few dozen text messages.  They were awesome.  I had one phone call that day to wish me a happy birthday.  One.  From my mother.  Through all of this sharing, through all of this social networking meant to connect us, I feel a certain disconnect.  This is especially true as I share my own comments about school, books, and parking on campus, which I have a sneaking suspicion no one really cares about, just as I don’t care that it’s Tuesday wing-night at your neighborhood bar and you’re planning to get really hammered.

As a small concession Facebook does offer a “Hide” option.  This is especially handy when you’re inundated with requests from So-&-So to send them an Ass Clown for their Carnival.  I’ve utilized the “Hide” option after receiving a few two many overly personal comments about said cramps, cleansing, and relationship woes as well.  It’s fortunate that I can be my own censor for the information I receive because I’m not a Priest, or an OB-GYN, or a couples counselor.  I’m just a student who can’t find a place to park and who has trouble with her physics homework. I’m just a girl who sometimes struggles in her day to day relationships but tries to keep that to herself.  I’m just a bartender trying to promote events and make some cash to pay the rent.  Maybe the difference is that I try to see the person on the other side of the confessional screen and chances are I might have to serve them an orange mind-eraser one day.

The Power in Perimenopause – Part 2

Hair… Not the Musical
0 replies

Buffet o’ Life: The Commandments of the Broccoli
Scroll to top
This website uses cookies to improve your experience. I'll assume you're ok with this, but you can opt-out if you wish. Accept Privacy Policy