Blog
You are here: Home1 / Blog2 / Uncategorized3 / The 4 Commandments of Launching a Program 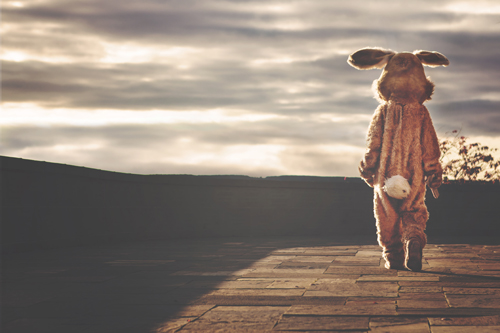 I have been seriously pushing my edge as of late. I’m no longer drafting along behind (if you’ve read my Copycat, Copycat blog you’ll know of what I speak, but… essentially it means I’ve stepped out fully on my own.)

Pushing edges is damn scary. In fact, I’ve had moments of such utter terror that it’s hard to put into words. (Or to breathe.)  I recently launched a piece of my soul and heart’s work out in to the Big U(niverse) in my Story Shape Shifting & Memoir Writing Program. “Hallelujah, Holy Shit… Where’s the Tylenol?” I’ve felt nauseous with elation and anticipation and, of course, a sprinkling of fear and a whole lot of self-doubt. I’ve also felt moments of such intense connection as I’ve interviewed candidates and have felt as if nothing I’ve ever written or offered has felt so divinely inspired or so in line with everything I believe and in how I see the world.

I promised that I would write a blog about how to launch an offering in more depth, but what I’ve realized is: I DON’T KNOW and IT DEPENDS. I’ve come to understand that launching is no different than anything else. It’s not about following a bunch of rules – send 3-4 emails to your list offering a preview call, ask affiliate partners to mail for the preview call, get people who sign up for the call into the “bucket”, send 8-10 emails to said bucket, blah, blah, blah… My tribe isn’t a frothy liquid sloshing around out there.

Rather, launching is about following my intuition and my feel good.

This blog isn’t intended to give you a five-part plan on how to launch. Instead, I want to share the psychology of launching your heart’s work into the world through a series of analogies.

I recently had a catch-up call with my dear friend, Amy Ahlers, and was whining about how unbelievably hard it is to launch. After a deep belly howl of true understanding, she apologized for laughing and listened to my fears. You see, I’ve helped Amy to launch Visionary Ignition Switch with Lissa Rankin, Find Your Calling with Lissa & Martha Beck, TWICE, not to mention helping dozens of other clients launch their big offerings out into the world. I’ve been on the back end many times – creating squeeze and sales pages, inputting bucket emails, building campaigns in Infusion Soft, noodling launch strategy and managing the customer experience. I know this process like the back of my freckled hand.

What I didn’t know, and the reason for Amy’s conspiratorial guffaws, was how tender it feels when it’s something you yourself have created and is something that is so near and dear to your heart. I imagine it’s akin to what a young guy must feel when he’s pined after a girl for years and finally gets the nerve up to ask her for coffee. Well, okay, maybe these days he texts her, but that doesn’t work for my analogy because it’s not as scary. No, in my analogy he’s loved her since they were two, he’s never had a single thought of another girl in his entire life and he has to ask her out, in person, just hours after a particularly grievous bout of acne and an outbreak of herpes simplex 1 on his lower lip.

That’s about how vulnerable I think one feels when they launch. Or… at least, that’s how I feel.

If the by-now-pockmarked-boy-asking-his-love-to-coffee analogy doesn’t work for you, how about this one: Project Runway! If you’ve seen the show then you’ve watched the designers running through Mood, jumping over Swatch the dog, sewing like the wind back in the work room, being snarky with their peers, trying to “Make it Work,” and showing their work to Heidi, Zac & Nina.  Well, I’ve done that behind the scenes work in terms of launching. I’ve shown up and sketched, found my fabric, pieced it together into something I believe is beautiful and shown it to a few people. Upon launching, however, it feels as if I’ve made it to New York Fashion Week and now I have to show it to the masses.  So, here’s what I’ve learned along the way; my commandments, if you will:

I’d love to hear your experience with launching a product or program. How did it feel for you? What were your results? Did you enjoy the process or is there something you would have done differently if given the chance? Any tips for our launchers out there?

With love & Black Pearl Oolong in my Dixie Cup, 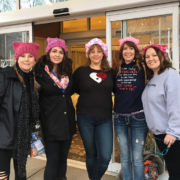 The Means to Flush

Do You Feel Heard?
2 replies

Are Your Current Stories Serving You?

9 Things I’d Rather Do Than Shop on Black Friday – 2014 Edition
Scroll to top
This website uses cookies to improve your experience. I'll assume you're ok with this, but you can opt-out if you wish. Accept Privacy Policy