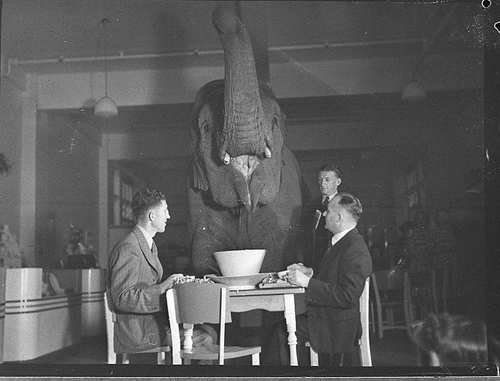 I’m about to admit something very un-American.

I suck at politics.

I think this began when I was five and I stood in the hallway of our single wide trailer, clutching my Baby Alive with the wet bum (the Baby Alive, not me), and had severe angst as I looked from my father in his recliner to my mom on the sofa. Which one should I kiss goodnight first? It pained me greatly. If I kissed my mom first, I was positive my dad’s feelings would be hurt. If I kissed my dad first, my mom would surely be devastated. I would stand there, vacillating, until one of them would get upset with my stalling. Little did they know the utter discomfort I was feeling as I strangled my plastic doll.

Get Your Fresh, Hot Peanuts

My next experience in politics came when Jimmy Carter was elected. I was seven and I liked Jimmy Carter. Plus, he liked peanuts and so did I. My sister even had a poster of him picking his nose with a caption that said, “Pick a Winner” on her fake wood paneled wall. What I didn’t understand and, frankly, still can’t fathom to this day, was how his State of the Union was wholly picked apart. Talk about sore losers. Dude won, get behind him. He’s there for the next four years. No sense nitpicking every word he says or every thing he tries to do.  But that’s exactly what happened and still happens to this day.

I didn’t understand it then and I certainly don’t get it now. Every positive step a president tries to make is “vetoed” by partisan politics. How does a president get anything done? How is any positive change made at all? Then folks bitch about how awful a president is doing, how they didn’t do shit during their terms, but it feels to me as if their hands are tied to the “skin of dead elephants.” (George R.R. Martin)

When I was the ripe age of 24 I had climbed quite high on the corporate ladder and traveled to an acquisition in NoWhere, Nevada. I wore tailored khakis, pale pink Izods and maroon loafers because that’s what my sixty year old counterparts wore.  I was a hell of a go-getter but no more well-versed in politics than when I was five.

We had purchased a large outfit in Nowhere, Nevada and my colleagues and I met up at the previous owner’s home for cocktail hour before we headed to a steakhouse to dine and swallow bullshit.  I walked into this man’s home and felt exactly like Jim Carrey of Ace Ventura fame when he strolled into that “lovely room of death”. There were dead, mounted animals. Every. Where. There were swans, and zebras, and cougars, and tigers, and bears, Oh, fucking, my. There were delicate white and brown cranes propped up on their spindly legs. There were tiny black squirrels sitting on their haunches, their tiny paws reaching mid-air for salvation. It didn’t help matters that, at the time, I was chin deep in the study of Native American spirituality and immersed in the qualities of different animals and what they might teach me given their characteristics. I couldn’t say a word. I stood there; disgusted; flabbergasted; wanting to hurl and curl up in a ball of crying mass.

When I got the call that I was fired a few days later I was told that I just didn’t know how to behave properly in situations such as that social hour. I argued that I hadn’t said a word. “Melanie, you didn’t have to say anything. Everyone knew exactly what you were thinking. It was offensive.”  Personally, I thought the taxidermied mammals, rodents, and birds with their black marbles for eyes were way more offensive. But, yeah, at age 24 I didn’t have the ovaries to say what I wanted to say. Something along the lines of, “You sick fuck” and “Get me the hell out of this ginormous room o’ death”, but today, as evidenced by my blog, I’ll pretty much say anything. (Ironic considering I only have one dilapidated ovary left.)

I don’t really know any politicians, though I was among those who saw President Obama at a political rally at Cleveland State. (Swoon.) And… I got to see the chock full of amazeballs Barney Frank, whom I promptly fell in love with as he shared his views on same sex marriage at the hand-in-script series 8.

So… yeah, I may be clueless when it comes to politics and our republic.

But here’s what I do know.

When asshats say things like this, “First of all, from what I understand from doctors [pregnancy from rape] is really rare. If it’s a legitimate rape, the female body has ways to try to shut that whole thing down” (Rep. Todd Akin) I could lose my ever-loving mind.

Or this… perhaps you missed it, as so many have: “Last week, Paul Ryan gave an interview in which, defending his position that there should be no excuses for abortion, he referred to rape as a ‘method of conception.’”  ‘Cause we women prefer rape over condoms.  What?!

Wait, there’s more.  Rep. Tom Smith compared “pregnancy caused by rape to ‘having a baby out of wedlock.’” Yeah, ‘cause that’s just what that’s like.

I may be slow on the political uptake. I may be naïve. I may even be clueless, but I’m not gonna vote for asshats and I certainly don’t want Republicans up in or around my vagina.

While George R.R. Martin was speaking to a different issue there’s no better summation of how I’m feeling than his words, “The people behind these efforts at disenfranchising large groups of voters (the young, the old, the black, the brown) are not Republicans, since clearly they have scant regard for our republic or its values. They are oligarchs and racists clad in the skins of dead elephants.”  These recent ribald and offensive statements around rape fit Martin’s words to a tee. The only thing Martin left out of his statement was “the women.”

The Rollercoaster of Life 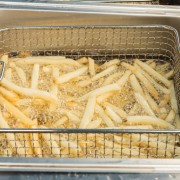 On Death & the Next Grand Adventure (Oh, and Bilbo Baggins)
5 replies