Blog
You are here: Home1 / Blog2 / Uncategorized3 / “Living” with Endometriosis 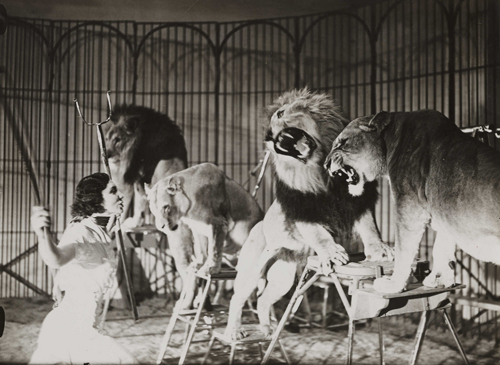 Before you go running for the antibacterial wipes I just want to let you know that I’m not contagious. What I have is not catching. What I’m about to relay will not travel through your computer’s innards as a deadly Trojan virus or spread through the air like an uncovered sneeze. It’s called stage IV endometriosis and according to the information traffic jam, over 70 million women around the world live with it every day and, I’m guessing another 50 million or so women don’t even know they have it. Those women are probably lying on the bathroom floor right now, gritting their teeth, clutching their wombs while saying, “What the Fuck!?” and praying for the strength to live through the next couple of days.

So what is endometriosis?

I usually tell people, strictly out of exhaustion, that it’s a “girlie” disease. This comes from being raised in a household where you don’t talk about stuff like this. If by some circumstance of extreme horror a particularly cute boy asks, I worry that he thinks I have funky bacteria of the hoo-ha and imagine him running home to Google. A medical professional might say something resembling a foreign language like, “endometriosis is a disease in which the lining of the uterus grows outside of the uterus so that when one menstruates this displaced tissue bleeds as well, but has nowhere to go, thereby causing pain, infertility and various other problems.”

That is, when it’s been diagnosed. Unfortunately there is no diagnosis without actually opening ‘er up and going in by laser, chunky dagger, or perhaps heading up there with an extraordinarily long tube the length and width of an elephant’s trunk. Those of us who have been diagnosed would describe it by asking you to imagine the worst pain you’ve ever felt multiplied by 108. We sufferers would not say, “endometrium lining has moved into our bowels.” We would say, “I think I might shit my pants at any moment,” or, “my anus is falling out.” Those of us “blessed” by it would NOT say, “endometriosis causes painful intercourse.” Rather we would calmly ask our partners to “put that thing back immediately,” or say, “I’ve made up the bed in the guest room.”

For me, endometriosis pain is the kind of pain that hunches you over, makes you nauseous, causes sweat to bead on your upper lip, and forces you to bed. Frankly, pain is difficult to describe, and when people ask what it feels like, I tell them to imagine a three inch tall Benihana griddle chef. Yeah, that’s right, and this knife wielding guru is standing there at the prep station in his white toque, with a red kerchief tied around his neck, and he has my ovary, fallopian tube, uterus, <insert pained womanly part here> pulsating in front of him and he’s poking, stabbing, slicing, dicing, said part before squeezing it dry and placing it on the scalding hot grill where it proceeds to sizzle and pop. To say one suffers from endometriosis is to say “Oh, I stubbed my toe.” So let’s just say I’ve been stubbing my toe for the past twelve years.

Before we venture further, I think it’s important to address the fact that few people want to hear that you’re sick, period. It makes people extremely uncomfortable and I’ve seen people act against their normal compassionate nature when talking about illness of any kind. Some folks gloss over it and pretend they didn’t hear you, others rapidly change the subject, and still others will actually cut you off and physically step away. I’ve come to the realization that we’re not so far removed from animals in this regard. Weed out the weakest, the sick, leave them to die, hunt them down and put them out of their misery. Not to mention that our society doesn’t look kindly upon weakness of any kind. So imagine adding the terms: vagina, blood, uterus, and cramps to the equation, you’re pretty much pushing people beyond their limits to cope. It’s better that I don’t say a word, or that I just pretend that I have the H1N1 virus.

I find that most people with disease-riddled organs aren’t keen on talking about them anyway. I know that I’m not constantly talking about my illness either, there aren’t many people who know I have it, and I certainly don’t enjoy sharing the details. Though, with head dipped in shame, I admit that once in a great while it would be nice to have someone understand and listen without performing the fifty mile dash in twenty seconds.

Salt in the gaping wound

With the bitterest of irony all of the fun events in my life seem to fall on the days I’m in the most severe pain. I’ve missed countless birthday parties, concerts, dinners with friends, you name it. “Oh, I’m sorry,” I want to say (but can’t), “I’m massed up in a ball with a 700 Kelvin heating pad on my shriveled ovary popping a combo of Aleve, Excedrin, and Bayer.”

Oh, and that’s right, I said “ovary,” not “ovaries.” I’ve already lost one along with what I imagine was quite a beautiful little fallopian tube. I wonder where they are now? Did the nurse flush them like I flushed my first beloved deceased African Dwarf Frog? Were there any words uttered? Or did they end up in a lab somewhere floating in formaldehyde with a bunch of pre-med students sitting around munching bags of Cheetos and analyzing the state of my diseased organs? I can hear the professor now, as she pushes her glasses up past the bridge of her nose, saying, “this specimen belonged to a thirty-year-old Caucasian. Notice the massive amounts of endometriosis covering the ovary. Both the ovary and fallopian tube were encased in a 12 cm cyst and these organs were attached to the patient’s pelvic wall when the cyst ruptured. In other words, what we have class, is a big mess.”

All hope is not lost, however, there are options for someone like me. When I lived in Utah (or what I like to call “The Land of Seven Million Children Riding in Mini-Vans”), I was advised by one family doctor to become pregnant in order to treat my endometriosis. He explained that after giving birth I would need to breast feed in order to continue ceasing my menses, and that if I quickly became pregnant again after my bout of breast feeding, I could continue this cycle of birth, feeding, birth, feeding and, twenty-six children later, I would be in menopause (or the grave), and I would have won my battle with endometriosis (but not my sanity)!

Then there was the doctor at the Cleveland Clinic who did not examine me, but rather stood back and chatted with me as I sat in a crinkled paper robe with a draft tickling my ass. She advised me to take Lupron, explaining that it’s only $500 per month, per shot, and that there is a possibility it may help. She also reassured me that I may gain forty plus pounds, and, as I read about Lupron later while fully clothed, there’s a high probability that it might cause in me a fervent desire to commit suicide.

Another person leavened my hope by telling me I could just have the whole she-bang blown up. Ablation, I think it’s called. Doesn’t that sound awesome? Total annihilation! I imagine it’s like an atomic bomb going off in my uterus, the mushroom cloud billowing and turning everything to dust. I can’t help but wonder where that dust goes. Do they sweep it out before they close you up or does it turn to a mantle of sedentary mud steps leading out of my vagina?

Let’s not forget the beloved hysterectomy – a procedure some two-thirds of the female population undergoes, even when it’s not necessary. Lastly, there are the two laparotomies I’ve already had which, as you can plainly see, did wonders. I’ve convinced myself that cesearan section scars are all the rage during bikini season – and the scarring is totally worth the fact that I was pain free for three whole months.

I do realize that sooner or later something needs to be done and frankly I’m torn. If I go for the Atomic Womb Bomb would they be cremating the center of my creative energy? And since I consider the womb to be the center of creativity will I still be able to write? To create? Or will I be an empty shell that has just obliterated her mojo walking around hollow and listless, not quite a woman?

I’ve resolved myself to the fact that I can’t have kids. This condition’s “symptom” is infertility. I’m fine with that. I’ve just always figured that because God decided I couldn’t create a child He figured He’d give me the ability to create in my writing. I happen to believe that there is a connection between mind, body, and spirit, and ponder whether these organs are vital to my ability to create, to birth my best seller. If I rip them out, blow them up — if I gain forty plus pounds and try to hang myself in my walk-in closet — am I then ripping up the pages I’d write on, blowing up the words inside me that are waiting to be born? And maybe, just maybe, I’m semi-attached to my shriveled lone ovary that works so diligently to keep on trucking those hormones down the line so I don’t become a raving-low-on-estrogen-Converse-wearing-serial-killer.

Though my decision went unmade and my thought process went on jumbled, I recently went in for a vaginal ultrasound, and a shiny new doctor. One outpatient laparoscopy, a hospital stay, four incisions and the loss of about a Coke can’s worth of blood later, it turned out that my loverly little fallopian tube was the culprit this time – instead of being the size of a string of spaghetti, it was the size of a large naval orange.

I’m tubeless now and coming down from a heavy bout with narcotics (which is another article in itself), but I’m on the mend and praying every day that my spring cleaned uterus and lone right ovary will be enough for me to create. 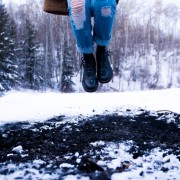 Auld Lang WHAT? On Friendship
10 replies