Blog
You are here: Home1 / Blog2 / Uncategorized3 / The Arctic Tundra of My Soul 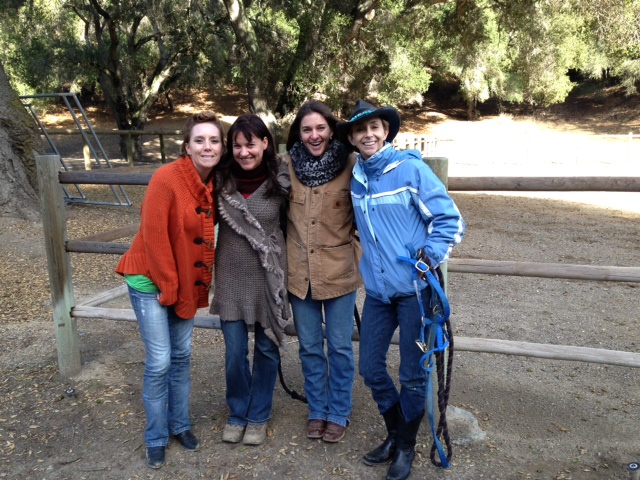 I haven’t had much to say. Maybe you’ve noticed. More likely you were busy fighting with family over the turkey neck , making popcorn garland interspersed with bright red cranberries and hiding your kid’s frightening Furby on the back shelf at the top of your closet.  Perhaps you’ve been hanging out in said closet, below your fancy party dresses, eating your Valentine’s chocolates.  Maybe you’re mapping out your spring garden.

For a writer, having nothing to say feels like mammoth emptiness. It feels like the Grand Canyon, only bigger.  It feels like Russia. In the depths of winter. After a blizzard. At minus 40 degrees. Wearing only a white wife beater and a pair of tattered yoga pants.

I’ve been on a pretty intense spiritual journey over the past few months and my flip-flops are so worn out that the balls of my feet are pushing through the soles onto the pavement.

I’m too tired to sleep.

The overarching theme of my recent spiritual road trip has been rest.

I recently traveled to California with Lissa Rankin to meet up with Martha Beck and her team for a “Heal the Healer” curriculum planning meeting. Our plan is to train fifteen doctors in a new way to practice medicine and the purpose of our trip was to experience what the healers will experience on the opening week of this program. Martha brought in a brilliant team: an amazeballs energy body worker, an astounding horse whisperer, a gifted coach and empath, and a number of others. I’m not wholly ready to share the entire experience with the world, but I will share one part of the weekend.

It was our first day working with the horses and Koelle Simpson, the horse whisperer, asked me before I went into the corral with my horse what intention I wanted to set. I told her that I wanted to reconnect; that I’d felt very disconnected for the past ten years. I also told her that, in the past, most of my relationships have ended because I’ve burnt myself out with my giving so that, once I’ve given all I could give without being filled in return, I bolt. Gone. No warning. No previous indication. Notta.  I eluded to this phenomenon here. Essentially I told Koelle that I wanted to end this pattern in myself and to reconnect to the magic.

Before I even entered the space with the horse I was crying. Not the sobbing-snot-running-down-your-face-guttural-cry that makes some folks uncomfortable, but rather the streaming-tears-rolling-down-your-face-crying that makes some folks uncomfortable; that kind that you can’t control no matter how hard you try to suck it up and make the tears stop.

When I finally went into the ring I stood maybe twelve feet from the horse. I didn’t approach it right away I just stood there looking at it, trying to feel what it needed. I did this for quite some time. Eventually I approached the horse and put my hand on its nose, still trying to gauge its needs. Koelle definitely had my number. She knew exactly what I was doing. And in the most loving way possible she chided me.

“What are you doing?” Koelle asked from the wooden platform above.

I don’t remember exactly how I replied, but it doesn’t matter. Koelle knew the answer already.

“The horse doesn’t need anything from you,” she said, “the horse is perfectly content. He’s curious. What are you trying to do?”

While I don’t remember my response, I too knew what I was doing. I was trying to see how I could help the horse. I wanted to sense how he was feeling. I wanted to be there for him. Was he scared? Nervous? Pissed off? Did he need to take a dump, but felt bashful because I was staring at him?

(Are you catching on to how utterly ridiculous that is? Yeah, I thought so.)

The thing is, Koelle was right. That horse didn’t need anything from me. And, just like that, my time in that corral became about me. Koelle asked me to do whatever I felt comfortable doing. And I walked right over to the center of that ring, ignoring the horse, and sat down in the soggy shit and mud and I cried that same cry that can’t be controlled. 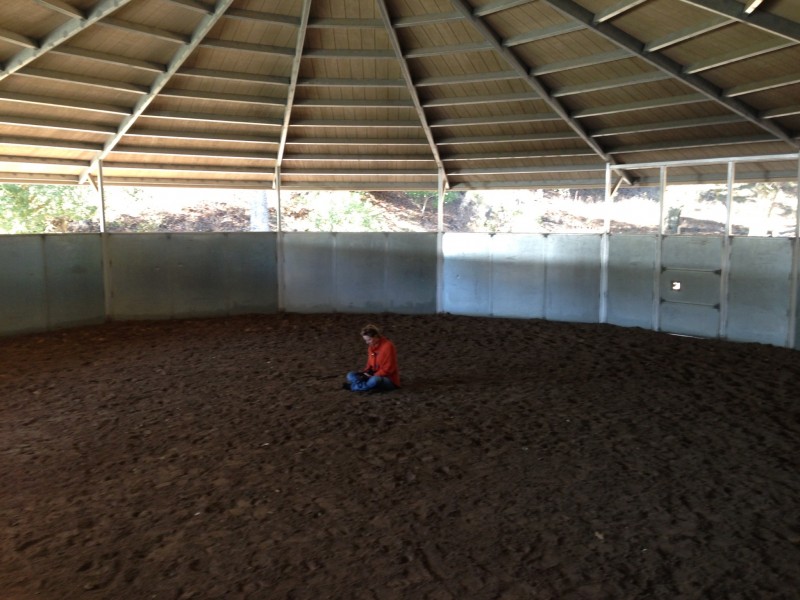 When Koelle asked what was coming up for me all I could say was “REST.”

My memory is so fuzzy, but I believe this is the time when Martha chimed in from the stands and told me to drop down into that feeling of rest. Apparently I dropped down so far into rest that all of the people in the stands could feel it. They closed their eyes and for some distance out and away from the corral there was a very heavy silence. It was as if my energy of rest were a storm rolling across the valley, blanketing everyone and everything in its path.

Suffice it to say I definitely reconnected to the magic that weekend and as Lissa and I were driving across California back home I told her I wasn’t ready for re-entry. She said she wished that she could show me Big Sur. I told her perhaps we should just go stay in Big Sur and so we did. It truly was a restful and peaceful time and the weekend was full of hot springs, calling in dolphins and bending forks with my mind (a blog for another time.)

The thing is, now that I’m home and back to the grind, I’m not sure I know how to rest. Take a nap? I have shit to do, I’ve got this blog to write, I’ve got buttloads of work waiting for me, I need to buy toilet paper.

Still ruminating on the idea of resting when my plate is as full as the Bellagio buffet, I used the gift of a Soul Truthing given to me for Christmas from Monica. I wrote down three questions and sent them to the slathered in Awesome Sauce Soul Truther Tracie Nichols. They were “action” questions like “Yo, what’s up with my novel” and “Tell me more about my business” and “Why am I so disconnected.”  Apparently, Tracie wasn’t moved by those she communicates with to tell me how to work harder or apply ass to chair to work on my novel (though we did get to those questions). No, rather she said she was being told that I needed to know that my flame has nearly died out; that I’m in a life raft, but I have the canvas pulled over my head and I am crouched in the fetal position.

She went on to say that in past incarnations my soul has been a brilliant, fierce and fiery blue-violet flame akin to Athena and Hera. When she told me my flame had nearly died out I could only picture a little, sputtery flame like those cheap-ass candles you buy at Walmart with the whacked out wicks that never burn properly and the build-up of wax almost puts the flame out altogether when you burn it.

It scared me. Does that mean I’m almost dead? It terrified me more because I felt the truth in her words. Not that I’m dying, but that my soul flame is a akin to a cinnamon apple candle from the Walmart that was made in China by folks who trim the wick too short and place it, not in the center, but to one side of the candle so that the blackened soot always rises to one side and stains my fingers. That’s my soul right now. Tired, exhausted, blackened – an itty bitty flame like an old man with erectile dysfunction.

Not only do I feel the truth in her words, I feel that truth in my body. I remember times in this life where I’ve been that fierce and fiery blue-violet flame. And I can also see that I snuffed it down with guilt, shame, copious amounts of vodka and distance from Source.

My soul realizes that this is an inside job. Damned, though, if I don’t feel like I’m floating around in that life raft; no shore in sight. Perhaps, as with my overwhelming desire to rest, I’ve just been burning my candle at both ends. Regardless, my session with Tracie has had me reflecting for months with its depths and layers and I’m infinitely grateful for both my trip to California and my trip with this gifted soul truther.

So that’s where I am, my friends. I don’t have a closing for this blog. I haven’t figured it all out. I have no wisdom to impart; no neat wrap up with a recurring theme, a bright red bow and a card with a picture of a fluffy kitten. But I hope your spring garden reaps a beautiful harvest.

A New Way to Set “Resolutions”

There’s Not Enough Time (& Other Crackpot Illusions)
Scroll to top
This website uses cookies to improve your experience. I'll assume you're ok with this, but you can opt-out if you wish. Accept Privacy Policy