Blog
You are here: Home1 / Blog2 / Uncategorized3 / Are Dogs & Kids Just Mirrors of Our Own Energy? 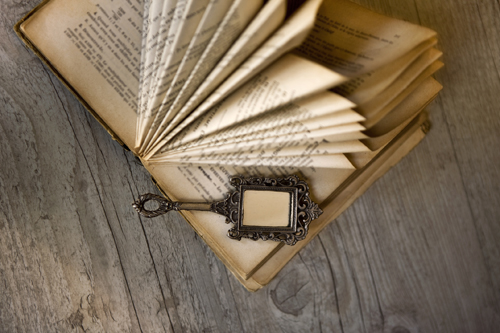 So… my boyfriend has been insisting that we get a shock collar for the love of my life. (No way. Ever. Not gonna happen.) When I went searching for kinder options, I was floored to find myself looking in the mirror.

I should preface this blog by saying: I don’t have kids. Unless you count my three pups, which I do. Let me introduce you: 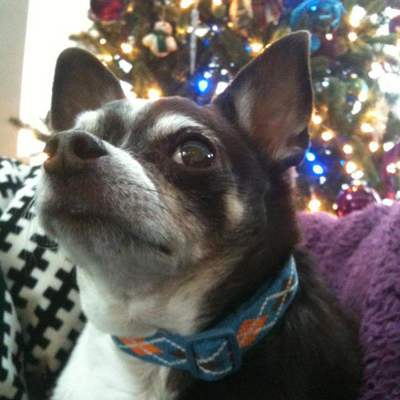 12-year old son of my boyfriend whom I adopted posthaste the moment I met him. He’s a silky soft Chiuahua who is both mean and sweet and highly introverted like his mom. I’ve never met a more regal dog and yet he follows me around like I’m the pied piper. He’s highly food motivated and would do anything for a piece of popcorn or a nibble of cheese. Beef? Forget about it. His favorite place in the world is cuddled up next to me on the bed. (Under the covers, of course.) 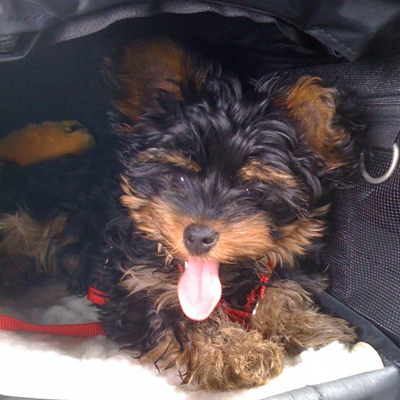 5-year old Yorkshire Terrier. Even folks who don’t like dogs, love So-Kr8z. Warning: He will lick the back of your throat with his Gene Simmons-esque tongue if you let him. He’s addicted to licking sheets and chomping on squeaky balls. He doesn’t play fetch. Nope, he plays keep away. He’s more emotional than I am sans hormones, and barks at a grain of dust, hence my boyfriend’s idea of the shock collar. 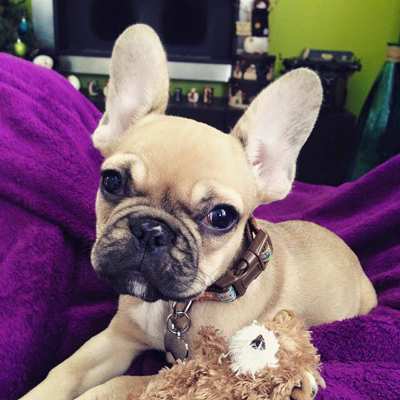 6-month old French Bulldog. She’ll put anything into her gaping maw: pebbles, cotton, sticks, my arm. She likes to bound off our bed, stumpy limbs outstretched before she lands on the floor to bite her brother’s tails. She races around the house like Mario Andretti, her big bum sliding into bookcases and knocking things off tables until So-Kr8z catches her and puts her in her place.

So… there they are—the loves of my life, but back to the non-high-voltage options. I found an article by Cesar Millan in which he said that barking is how dogs communicate. Indeed, yet for the past couple of years I swear So-Kr8z has been desperately trying to tell me something BIGGER—perhaps we have a ghost, or there’s a meteor hurtling toward earth, or maybe it’s been too long since his last trip to the S-paw.

Cesar went on to say that you can’t cure a dog from barking when your energy is frustrated. Oh, wow! You mean chasing So-Kr8z around the kitchen island in my robe screaming for him to shut up, while Chloé chases me and bites my ankles with her puppy piranha teeth, isn’t the right energy? He goes on to say, “your dog will mirror your energy…. take a moment to curb your own internal barking first.” Ah… I knew this. It’s no different than becoming the lead mare in my horse whispering experience with Koelle Simpson and Martha Beck. If my energy is insane, his will be too. For years I’ve told anyone who would listen, “So-Kr8z is very emotional. He wears his emotions on his sleeve.” Hmmmppfff, didn’t I just actually state that in my description of him above? “Hello there, mirror, nice to see you again.”

A few days later, forgetting all I knew, I watched Sancho guard the food bowl and bare his canines when So-Kr8z came near it. So-Kr8z whined and barked, “I’m starving, man. Cut me some kibble.” I couldn’t understand why Sancho was so protective. There’s never a moment in time when the food bowl is empty. He can have all the food he wants, day or night. The dogs actually have more food in the house than we do.

A few minutes later, hungry, I observed So-Kr8z going after every toy that Chloé picked up, regardless of the fact that there are always, at all times, at least thirty-plus toys on the floor. If she has a squeaky ball, So-Kr8z doesn’t care that there are five identical squeaky balls within a foot of him. He wants the one Chloé has. I couldn’t help but think: Sheesh. I don’t think dogs are very LOA savvy. It’s as if they believe there will never be enough, despite the abundance of evidence that there is always plenty.

And… not enough money. The bills are paid, but what if I don’t have enough next month? I have a plethora of clients, but what if they stop showing up? I have a beautiful home, but what if I end up living in a van down by the river, “eating a steady diet of government cheese,” despite my lactose intolerance? But what if? End up. Not enough.

[tweetthis]”‘Mirror, mirror on the wall,’ who has the most issues of all?”[/tweetthis]

I’m guessing it’s not so different for parents raising kids. But, pray, do tell. Do you have experience around this with your children – furry or otherwise? How does your energy and your thoughts affect their behavior? 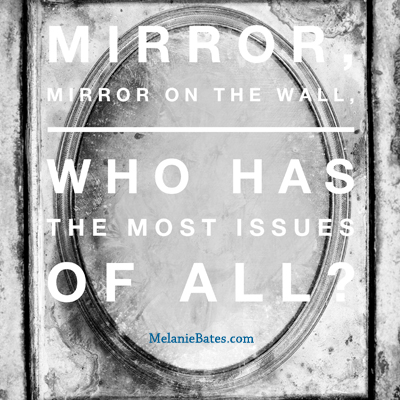 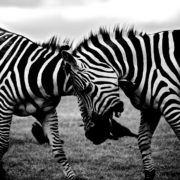 The Power in Perimenopause – Part 2

Is Your Inner Critic An Asshole?
6 replies