Blog
You are here: Home1 / Blog2 / On Writing3 / 5 Truthful Tips on Waiting for Acceptance from Others 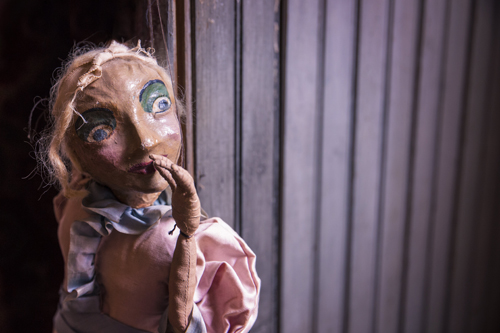 I’m sitting outside my creative writing professor’s office. Waiting. I’ve been here every Wednesday for the past eight weeks during his office hours. Waiting. You see, last semester, for the first time in eleven years I shared a portion of my novel with another living being.

Let me tell you, that wasn’t easy.

I haven’t shared my novel with a.n.y.o.n.e. Period. Ever. But with the coaxing of some very dear friends I found my courage, buried somewhere in the trash bin of my mind under some broken eggshells and a couple used ketchup packets, and just did it.

This professor was supposed to read sixty pages of my novel and offer feedback and a critique. As he had hundreds of other “shitty first drafts” to sift through, he said I could pick up my critique on the first day of Spring semester. I’m still waiting.

My inner critic (you remember him right? the cross between Roger Ebert while reviewing the new Dukes of Hazzard movie and Simon Cowell listening to me sing “Surry with a Fringe on Top”) has been having yet another field day.

I don’t know what you were thinking handing off that drivel to a published author. I know exactly what happened. He was eating a bowl of Hormel chili while he was reading it and around about page 2 he was so disgusted by your writing that he started puking all over your pages. Of course he can’t give them back to you now, what with half-chewed kidney beans and tomato juice all over them. And… do you think he wants to talk to you about how bad it is? After that trauma? He’d probably start dry-heaving just from the memory of reading it. Let it go.

I know exactly what happened. Around about page 2 he had to stop reading. In fact, he hasn’t been able to read a solitary word since. Because of your “shitty first draft” he left his tenured position at the University and moved to Poughkeepsie to run a “Safety with Training Wheels” program for ADHD adults learning how to ride bikes. Each day, as he passes the sign next to his shop door that says “All about Attention Deficit Dis… Hey Let’s Go Ride Bikes,” he keeps his eyes trained on the ground. Let it go.

I know exactly what happened. Around about page 2 he was so filled with rage over the obvious fact that he taught you NOTHING all semester and was utterly incensed that you’re as shitty a writer as you were on day one. He drank a gallon of gasoline, pissed in each corner of his house, and lit a match. Up. In. Flames. That’s where your manuscript is. Let it go.

I know exactly what happened. Around about page 2 he went blind due to reading your “shitty first draft.” He now lives in a group home in Parker, Arizona and refuses to learn braille. He never wants to read again. He talks to shiny black ravens through the bars of his 4×4 jonquil yellow room about how he once had hope for the students he instructed but after reading the shit you called a manuscript he was grateful to have gone blind. At night he clutches his tattered blanket and trembles as he remembers your written words. Let it go.

As I sat there this past Wednesday (waiting) hunched like a dilapidated puppet on the white tile floor outside of his office praying that this would be the day he would show up and tell me how brilliant I am… and how he wants to introduce me to his agent… and how I’ve written the next great novel… I realized that he’s never going to come.

My Inner Critic whispered in my ear, telling me that the professor has installed a super secret spy camera outside of his office door and he’s watching me weep on that hard, cold tile. (In other words, he’s deftly avoiding me.)

Aside from my Inner Critic being one utterly cruel bastard, he’s just plain wrong. This professor isn’t avoiding me, he’s probably not even thinking about me or my “shitty first draft” at all. The lesson, the one I needed to learn, is that it’s okay to share my work. It’s safe for me to do so (*Inner Critic jumps up and down* saying, “because no one’s going to read it anyway right?”) because it needs to be out there in the world. That sharing of my work is part of my process.

And most of all, like Dorothy realizing that she always had the power to go back home, I realized that I don’t need to wait for acceptance of my life’s work from anyone. Expert. Published author. Creative writing guru. No one. I just need to “apply ass to chair” and keep writing. The Universe has my back and when it’s time for the world to read it, the world will read it.

I conquered a fear that day, printing out those 60 pages and binding them up in a notebook with a letter to that professor apologizing for the “shitty first draft” state of my novel. My courage leapt out from under those dried ketchup packets and grew three sizes that day.

5 Truthful Tips on Waiting for Acceptance from Others

Are Dogs & Kids Just Mirrors of Our Own Energy?
3 replies

How to Get Married

The Royal Wedding: Fairy Tale or Fucking Fromage?
Scroll to top
This website uses cookies to improve your experience. I'll assume you're ok with this, but you can opt-out if you wish. Accept Privacy Policy