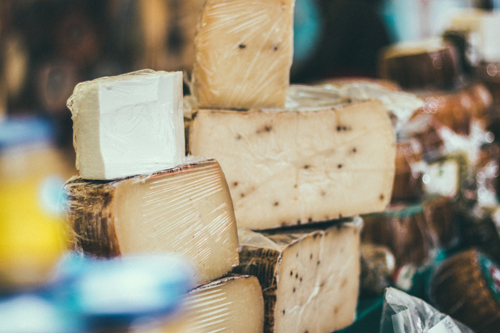 I was driving to school yesterday listening to what BBC coined their “Royal Wedding Disco” when the DJ pulled out Journey’s classic “Don’t Stop Believing.”

I almost ran my little Beetle right off the road.

How apropos. You see, I myself stopped believing in fairy tales when I was fourteen. My mom had recently married a man who would wake me each morn by yelling, “Wake up and piss, the world’s on fire,” through the railing of my bedroom loft. I would roll over and wonder what my mother saw in this vile man whom, with bitter irony, would get so plastered drinking Milwaukee’s Best that he’d forget where the bathroom was and piss next to the coal burning stove. That pretty much put the royal kibosh on any romantic idyllicism that I had up to that point.

Don’t get me wrong. I spent a good deal of time in my life wanting to be Snow White, Cinderella, “Baby” of Dirty Dancing fame, and Julia Roberts in pretty much Every. Movie. She’s. Ever. Made (well, except Sleeping with the Enemy.) I’ve certainly envisioned my knight, a.k.a Johnny Depp, swooping me up to take me to Outback Steakhouse for a Bloomin’ Onion many, many times. But I think the older I get, the more I realize that I need to return from La-La Land posthaste. It’s just not reality. And while I still enjoy me some Chick Flick action, I just feel, like so many women before me, that fairy tales in literature, television, and movies set up our little girls for epic failure in the relationship department. I just can’t watch any more.

The Most Realistic Portrayal of Love Ever Televised

Instead I turn to much more realistic portrayals of love, such as that found in Sex and the City. One episode in particular continues to be what I deem the most realistic portrayal of love ever televised. Harry and Charlotte were trying to bring back the romance in their marriage when Harry took Charlotte out for a lavish seven course meal complete with a cheese cart. Later, fully sated back home, they lay in bed, Charlotte in a negligee and Harry, well, just hairy, they began to kiss and talk about how romantic their evening was. Then Harry’s stomach started to rumble. He let out a half giggle and apologized but, again, his stomach protested. Once more, he apologized and then he ran for the bathroom. In the meantime Charlotte’s stomach, taking a cue from Harry’s, began to shout as well and pretty soon she was trotting to their second toilet. Back and forth they dashed from bed to bathrooms, until eventually they ended up in the same john, lying on the floor, clutching their stomach’s, and Harry said, “Ohhhh, the fucking fromage.”

That, my friends, is love. It may not look romantic on the surface but lying on the floor next to your partner, after you’ve both just shit your guts out, speaks oodles to what real relationships are all about. That’s why I haven’t watched a stitch of the royal wedding coverage. Personally I’m not over Princess Di, the royal divorce, and her heartbreaking death. Instead, I’ll just push play on The Freak Show, my second favorite episode of Sex and the City, wherein Carrie dates a bunch of freaks, including “the man who appears to have a lending library in his pants.”  I’ve known someone similar – so much for fairy tales.

Auld Lang WHAT? On Friendship

5 Truthful Tips on Waiting for Acceptance from Others