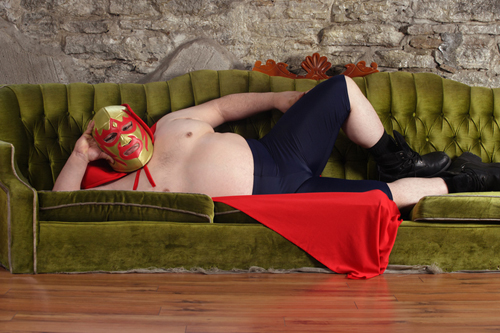 As I sit here drinking my sixth cup of java my best friend, Monica Wilcox, is walking sixty grueling miles across San Francisco with a gnarly head cold.  It’s hard for me to fathom putting foot to pavement like that when I have to motivate myself to rise and patter to the coffee pot each morn, but she’s been inspired to help put an end to breast cancer.  So, when Save the Ta-tas – an organization simply slathered in Awesome – asked me to be a guest blogger for Breast Cancer Awareness month I knew this was my unique chance to help women and earn a pink ribbon while still drinking my coffee.

I like boobs. I’m particularly attached to my own but I’ve never had breast cancer.  I’ve only known a few tough birds who’ve had it and they knocked it on its ass. However, I have had to strike a bargain with thyroid cancer and that’s close enough for me.  Not to mention that I once found a lump in my breast and had to lay on an ultrasound table while a stoic technician squirted cold goo on my chest and proceeded with a New York style photoshoot sans heavy make-up or the pretty poses. Don’t think for a moment that I wasn’t laying there mentally arranging the calla lilies at my funeral and picturing my family keeling over in grief. Fortunately, for me, I’m just cyst-y.

Breast cancer is a savage beast and I imagine it wearing a ruby red Luchador mask lined with golden swirls and silver glitter sporting a name like La Cobra Más Macho.  It wrestles women to the ground, it pile drives them, it pulls out its aerobatic fancy and it double nelson’s them into submission.

But I would prefer “sometimes” to become “never.”  So I’m offering up five unique strategies for wrestling breast cancer into submission:

The most effective tool in your Lucha Libre arsenal is The Believe.

Even if your doctor is a complete asshat and has told you that you only have three months to live, don’t believe him.  Rather, believe in miracles.  Believe that, if you fight, you have a chance.  If you’re struggling with this I dare you to strap on your ovaries and watch this video all the way through.  It will change your life.  Or at least open you up to the possibility of your own self-healing super moves.

Want to live.  Sounds simple enough, eh?  Author of Love, Medicine, and Miracles, Dr. Bernie Siegel’s #1 question to his cancer patients is, “Do you want to live to be 100?”  The answer to this question is, not only deeply profound, it will essentially determine your will.

No, I’m not asking you to cry big plump tears over your Uncle Wally telling you the gap in your teeth from fourth grade was the funniest thing he’d ever seen. (Unless you need to.)  But, I am asking you to look deeply and reflect on what your breasts mean to you.  For Louise Hay breasts represent, “mothering, nurturing, and nourishment” and issues with the breasts signify, “A refusal to nourish the self. Putting everyone else first. Overmothering. Overprotection. Overbearing attitudes.”  I’m not trying to play the blame game here.  I’m certainly not saying it’s your fault if you have breast cancer.  What I am asking, however, is that you at least reflect on whether or not any of this fits for you so that you might work on the emotions of your illness.  Every. Single. Illness. Has emotional roots.  Figuring out what yours are, and yanking them from their nesting place, just might save your life.

I’m no different than anyone else.  When I was wrestling with the son-of-a-bitch Thyroid Cancer, I realized that I wasn’t using my voice. I remember telling a dear friend about my tumors and saying, “I have a lump in my throat.”  After I had uttered those words, I sat down hard, and thought about what I had just said.  Did I need to cry? You betcha.  Did I need to start speaking up and using my voice.  Hell to the yes!

You’re going to need a kick-ass referee in your corner. Don’t let the crowd, or your inner critic, stifle your strength and bust your moves.  Retreat if you need to. I know I had a hell of a time controlling my Inner Critic when we argued over whether or not I had thyroid cancer.  The dialogue went something like this:

Inner Critic: You have cancer, you git.  It’s all those Nerd Ropes you’ve eaten over the years. Not to mention the Sunkist Orange soda and countless hours spent in front of the TV playing Zelda.  You should have never laid out on the trampoline sunbathing with tinfoil under your thighs. You should have never microwaved your popcorn.

Me: I don’t have cancer.  What if I can just deal with the emotional issues behind this and get well on my own without surgery?

Inner Critic: Who do you think you are? Louise-f*cking-Hay? Why don’t you just write an affirmation on the mirror with that ugly red lipstick you wore last Halloween.  Poof! You’re healed.

Me: I feel like these lumps are a manifestation of the fact that I’m not using my voice.  I’m not writing.

Inner Critic: Well, laddddeeeee-f*cking-dah. Get over yourself Louise, you’ve got lipstick on your teeth.  You’re going to die before you’ve finished your novel and you will have wasted your life and your purpose.

There comes a time in everyone’s life when they must lose the match.  For most of my childhood I was immune to that knowledge but now, as a fully-functioning adult (some of the time), I now know that I can’t live forever.  Frankly, I’m not sure I’d want to.  This is the part that’s hard to talk about, but for each of us we will have to release our hold on life, perhaps via breast cancer, so we can move on to bigger and better things.  Regardless of what you believe about the afterlife and a higher power, eventually we all die.  But I wonder sometimes if we have a choice as to how difficult or easy that process will be for us.

I don’t have all the answers but I do know that I want to live to be 100 and that I will fight the  good fight with La Cobra Más Macho, should I ever find myself in the ring with him, and I’ll most definitely be cheering on any of my friends or family if they ever have to go up against the bastard, coffee cup down, hands in the air, full nelson.

P.S. For more information on Save the Ta-Tas and their brilliant work visit their website here.  Better yet, buy one of their amazing shirts and part of the proceeds will go toward the fight against breast cancer and breast cancer research.

The Arctic Tundra of My Soul 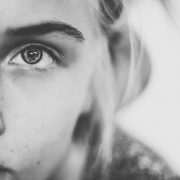 The Power in Perimenopause - Part 2
2 replies